Located in the small piazzetta di San Giovanni, is the church of the same name, more commonly known by its diminutive “San Giovannino”, with a stern façade in terracotta.
The first information on the church dates back to approximately 1200, but the perimeter is the only part of the original structure remaining today. The current structure dates back to a rebuilding carried out in the 1500s from a project by Girolamo Casotti. The façade, which dates back to the 16th century, is unfinished. 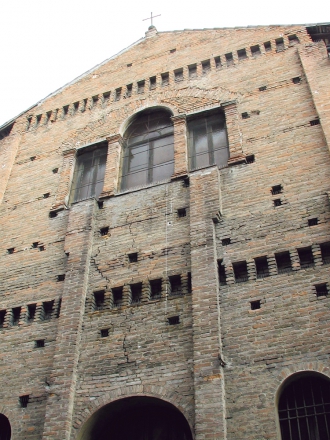 A rectangular niche shows a modern mosaic portraying S. Anthony of Padua.
Contained inside are prestigious works from the early 1600s, which allow this artistic site to be considered as the trial ground for artists who would soon create works for the Basilica della Ghiara. 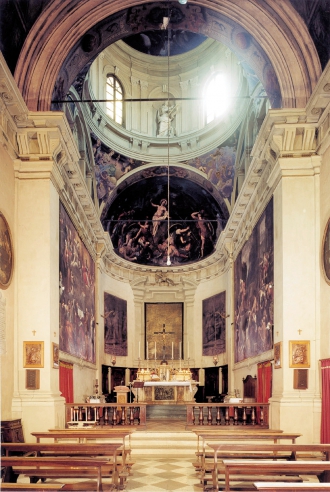 The paintings in the tribune are by Parmese Sisto Badalocchio, also responsible for the fresco from 1613, The return of Christ, which covers the dome and is clearly reminiscent of its illustrious precedent in Parma by Correggio. 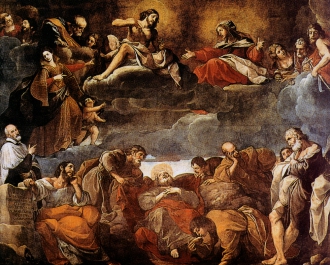 Alessandro Tiarini, The Passing Away of St. John, 1624


The nave vault bears frescos by Lorenzo Franchi, bordered by bold trompe l’oeil works by Brescian Tommaso Sandrini. The fresco was carried out in 1614 and depicts S. John that writes the Apocalypse(Vision of Saint John), Angels of the Seven Trumpets, Defeat of the Demon. 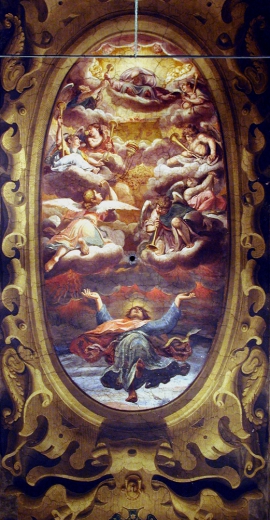 Tommaso Sandrini and Lorenzo Franchi, eternity and the angels of the seven trumpets, 1614 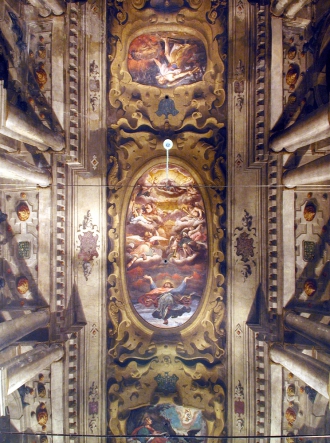 Trompe l'oeil paintings which decorate the vault, depicting: St. John the Evangelist, eternity and the angels of the seven trumpets, and the defeat of the devil. Work of Tommaso Sandrini and Lorenzo Franchi, 1614

Two large, impressive canvases (carried out in 1624) by Alessandro Tiarini, are located to the sides of the presbytery: recently restored, the works depict The Passage of St. John and the Martyrdom of St. John and are among the artist’s most significant works.
In the absidal washbowl, a beautiful fresco by Paolo Guidotti, executed in 1613, portrays The Resurrection of Christ. The second chapel on the left contains a terracotta polychrome group from the fourteen hundreds depicting the Passion of Christ. With the exception of the Christ figure from the 1600s, the work can be attributed to Guido Mazzoni. 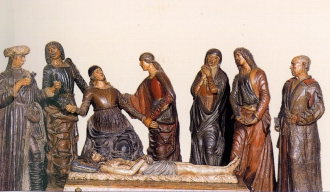 Guido Mazzoni, The Death of Christ

The sacristy contains a lovely collection of relics dating from the 1600s to the 1800s.