Reggio Emilia began its experience with infant toddler centers and preschools in 1963, with the opening of the first preschools, followed by the infant toddler centers in 1971. This experience has led to development and implementation of a educational and cultural program that has been an extremely vital reference for the city for years. It is furthermore object of study and comparison by teachers, educators, researchers, administrators, and political and cultural figures from throughout Italy and the rest of the world. 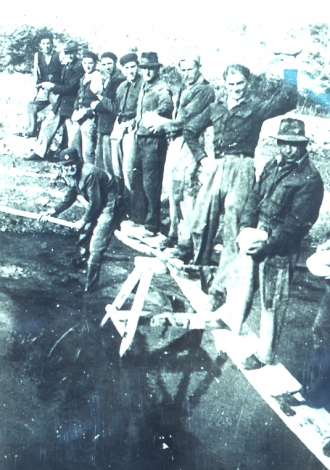 Construction of the infant toddler centers

The educational project
The network of infant toddler schools and preschools in the City of Reggio Emilia is characterized by the modern nature of its theoretical foundations and by its strong commitment to research and experimentation, sustained by permanent training programs for operators in the field. 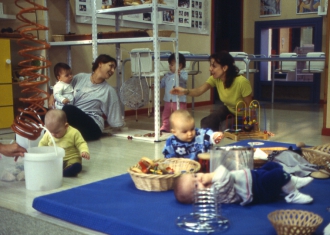 Other distinctive traits are: organized team and relational work, the importance given to the environment as an educational tool, the presence of a laboratory, and the intense and vital participation of families and community members in the organization. All these factors identify and uphold the global Educational Project for ages 0 to 6 years, which centers on the idea that a child has enormous potential and irrevocable rights. The project promotes education through development of a child’s many different languages: expressive, communicative, symbolic, cognitive, ethical, metaphorical, logical, imaginative, and relational.

School, family, community
The project for family participation in the management and upkeep of services for the city-run preschool has been an important part of the experience gained up to today. 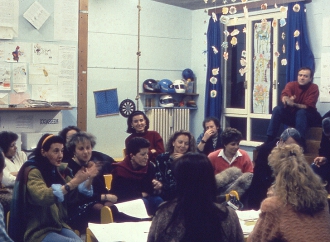 This arose from the origins of the very first preschool, which were founded and opened as a result of community initiatives, and from a strong participatory mentality within the community in general. This sort of participation is kept alive and reinforced daily through regular relations and communication with the families, perceived as a resource rich with culture, skills, and knowledge. 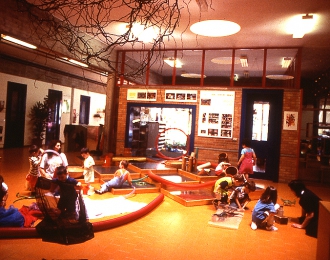 The environment is conceived of and experienced as an educational tool which, through its prospects and its structured spaces, incites children to play, discover, and research.

The Ateliers
A specific characteristic of the city-run preschools and infant toddler centers is the presence of laboratories and mini-studio spaces and of the persons who manage those spaces. 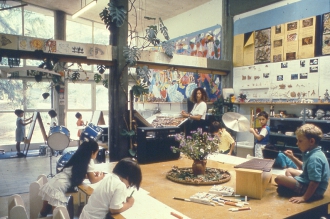 Atelier at the City-run Pre-School Diana 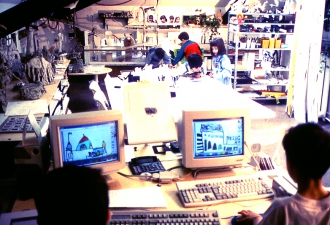 The laboratories and mini-studios are meant as a daily opportunity for each child, both individually and in groups, to experience various different materials and languages as well as different perspectives, and to simultaneously use his/her hands, mind, and emotions, in an attempt to make the most of each child’s expressiveness and creativity.