One of the most suggestive places in the city, the ex convent and cloisters of St. Dominic were brought back to life by careful restoration and can now be enjoyed by the public once again.
The architectural structure of the ancient convent has remained intact, with its notion of two monumental cloisters: a church, a small cloister behind the church, and another larger cloister. 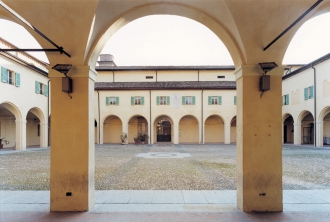 Central Cloister of the Domenican complex

Inside, the ancient structure of the two cloisters is, for the most part, still visible. In the passageway between the first and second courtyard, two lunettes show traces of 17th century frescos; “Christ and a Dominican saint” can be recognized in one, with “The Madonna and several Dominicans” in the other. 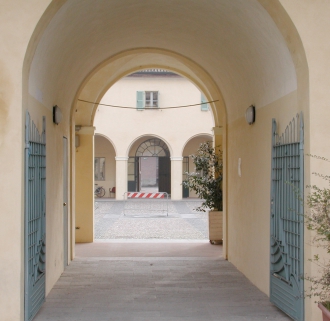 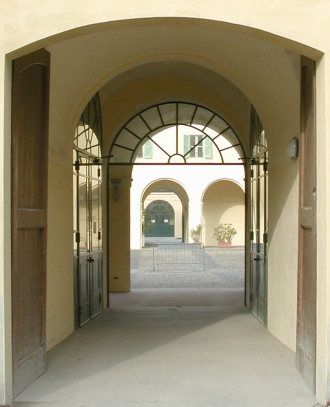 The large, better preserved cloister contains a series of round arches, with the convent building and a row of windows rising above them.
Both cloisters, built in the 12th century, were entirely restructured and embellished in the 1400s. Then, the entire complex went into a slow but unrelenting decline. In 1565, the friars gave up a portion of the complex on via Samarotto to the city to build homes for the soldiers. In 1796, when the Reggian Dominicans were suppressed, the buildings belonging to the monastery were outfitted as a shelter for the troops. After the Unification of Italy, the complex was turned into the Royal Stallion Lodging until 1945, and then became an Institute for the promotion of horse racing until 1970-80. Use of the buildings varied until 1990, but over the last decade the City has made a commitment to the historical, artistic and functional recovery of the complex. 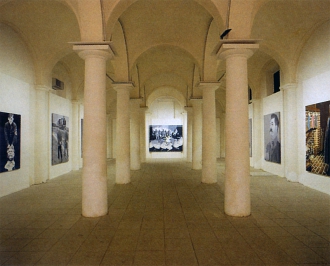 Restoration also allowed for recovery of a large part of the ancient construction.
The buildings now house several offices of the City Cultural Council, which has set up the complex as a polivalent cultural space. For example, the ex-convent now hosts cultural institutes, seminars and social activities; it furthermore hosts temporary exhibits (south wing) in a large hall, built with respect for the original planimetry. The offices of the “A. Peri” Music Institute are located on the first floor. 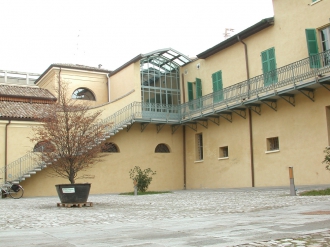 Courtyard of the former monastery, construction began in 1565 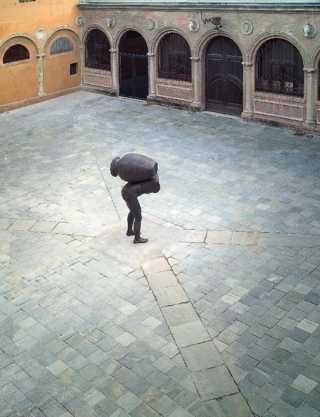 Less Than by Robert Morris
The originally medieval Cloister complex of San Domenico houses the work entitled Less Than, designed by Robert Morris for the silent and secret Small Cloister. This bronze sculpture is combined with industrial sounds played daily at dusk time, bringing the screeching sounds and noises of everyday life into the quiet of a place once conceived for silent meditation. 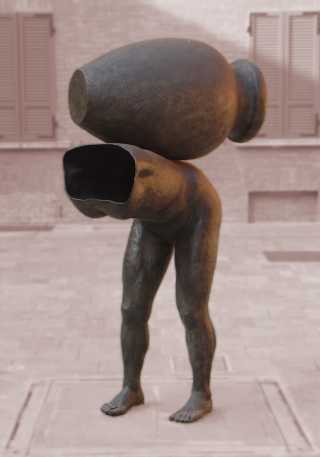 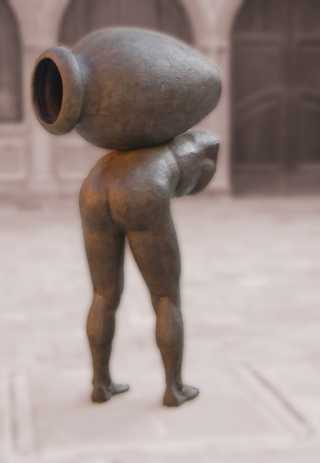 As he raises questions about the origins of evil and the role of art, Robert Morris expresses himself through the allegory of a ponderous, headless body, bending under the weight of an amphora, a funerary urn but also the source and therefore the symbol of life, holding Hope deep within it. 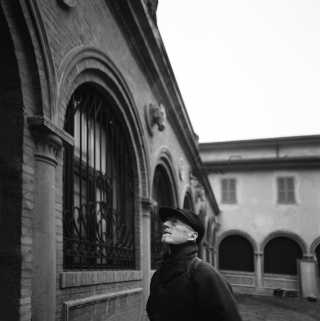 Inspection of the author