As the most important piazza in the city, the major civic and religious buildings are located here. Over the centuries, the piazza has changed names a number of times, but for citizens of Reggio it has always been “Piazza Grande”. 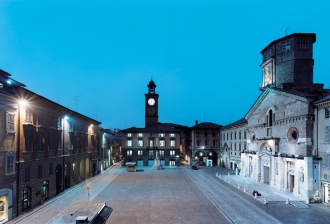 Piazza Grande, seen from the balcony of City Hall 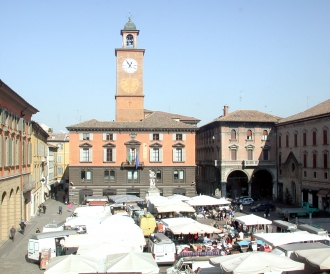 The Cathedral and the Roman Baptistery look out over “Piazza Grande”, as does City Hall with its 18th century Tricolor Hall. 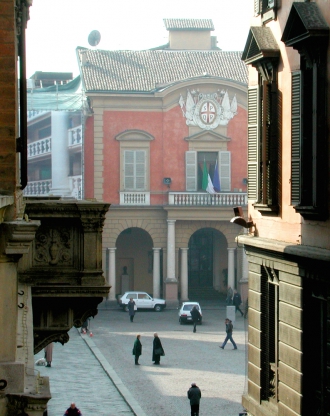 The facade of City Hall, seen from the balcony of Palazzo del Capitano del Popolo 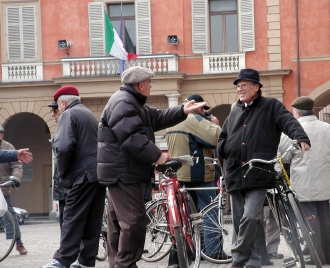 Piazza Grande is also a place for meeting and socializing

The linear measurements “braccio” or arm and “pertica” or pole are carved into the left column of the Baptistery, bearing evidence to the fact that this piazza has always been a place for meeting and for commercial exchange. 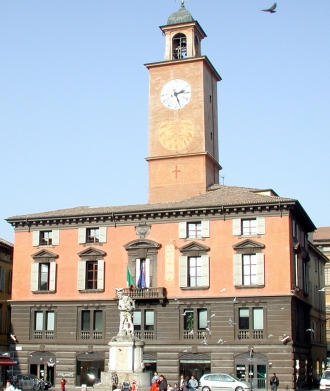 Palazzo del Monte di Pietà, built around 1188, seat of City Hall until the beginning of the 15th century

The religious buildings lie on the eastern side of the piazza (the Archbishop’s Palace, the Cathedral, the Canons’ Palace, the Baptistery), with the ancient, partially covered street known as “Broletto” opening up between them. 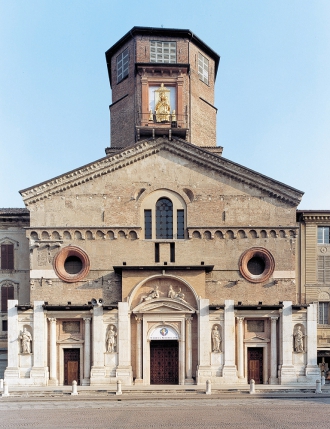 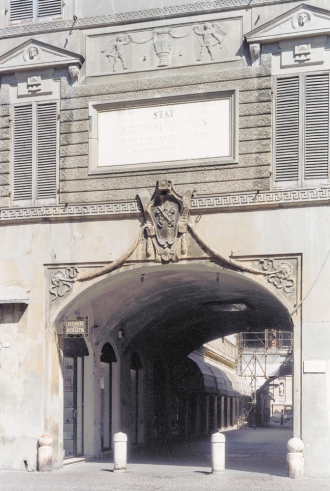 Entranceway to Piazza Prampolini from the Broletto 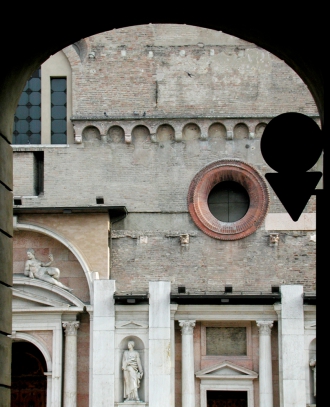 The facade of the Cathedral, framed by the portico of via Palazzolo

City Hall completely takes up the narrow south side of the piazza. To the west, we instead find the ancient house of Notaries and the portico where the city’s notaries once practiced, the City Pharmacies, and the entrance to the beautiful St. Mary’s Gallery. A statue of the Crostolo River, previously located in the park at Villa D’Este in Rivalta, now stands on the north side of the piazza, which is entirely occupied by the massive palazzo del Monte.

Crostolo Statue
The statue which depicts the Crostolo stream, located on one end of Piazza Prampolini, was originally from the Ducal Villa in Rivalta, where it was already present in 1754. 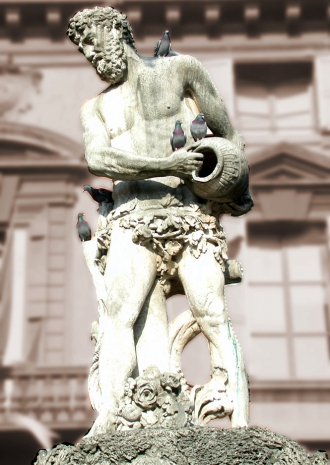 Together with statues of the Secchia and Panaro rivers, this statue was part of the park decorations at the Villa. Some attribute the work to Giovan Battista Bolognini.